Do you have a question?

Mr. Friedenstab and his family visited our show house in Heuchelheim during one of our regular guided tours in early 2013. He had previously discovered DrehHaus.de on the Internet during his research. “I dreamt of a house like this recently, and now it is here”, he said. The bright rooms impressed both him and his whole family the most. He himself is a technophile and had his fun with the equipment of our energy-plus house.

When he left he asked for a price for such a building at his place near Coburg. He received this in May 2013 in the form of an offer for his own revolving house in Rödental. The order for the new DrehHaus was then placed.

We submitted the building application, which was approved by the building inspectorate very quickly and without any problems. Although, as with every revolving house, we were again unable to specify a ridge direction.

The calculation of the statics and the thermal insulation were the next hurdles to be taken. Here we had to find out that there is no calculation method for the heat gains of windows in a revolving house. But it is precisely this alignment of the light side, i.e. the window front towards the sun and following it, that makes the ecological sense and adds value to the building. This enables us to achieve more earnings from the energy production (electricity and hot water) of the solar cells on the roof and balcony, as is required for turning the house and its heating and air conditioning. Cooling in summer works in a similar way. You simply need to turn the window front out of the sun. No oil, gas, wood or other external heating material is needed!

We are clean and fit for the future.

The subsequent work planning of his new house was completed at the beginning of following year. Each beam now already has its function, position in the house as well as dimension and number, even if only virtually in the 3D computer model. The material could be ordered and the joinery (cutting) began. In his house approx. 40 cubic metres of dry solid structural timber were used. If all the wooden beams were laid one behind the other, this would result in a distance of over two kilometres.

We then poured the approx. 50 tonnes of precast concrete elements in the basement in March and brought them to the construction site by heavy-duty transport. The production of the finished elements of the ceilings, the walls and the roof was completed by the time the basement was built, so that the house was built in one go.

This was followed by the planning of the drive for turning the house with drive motor, touch display, PLC control, but also our “home trainer”. The home trainer makes it possible to turn the house with muscle power and shows everyone how easily an entire house can be set in rotation. 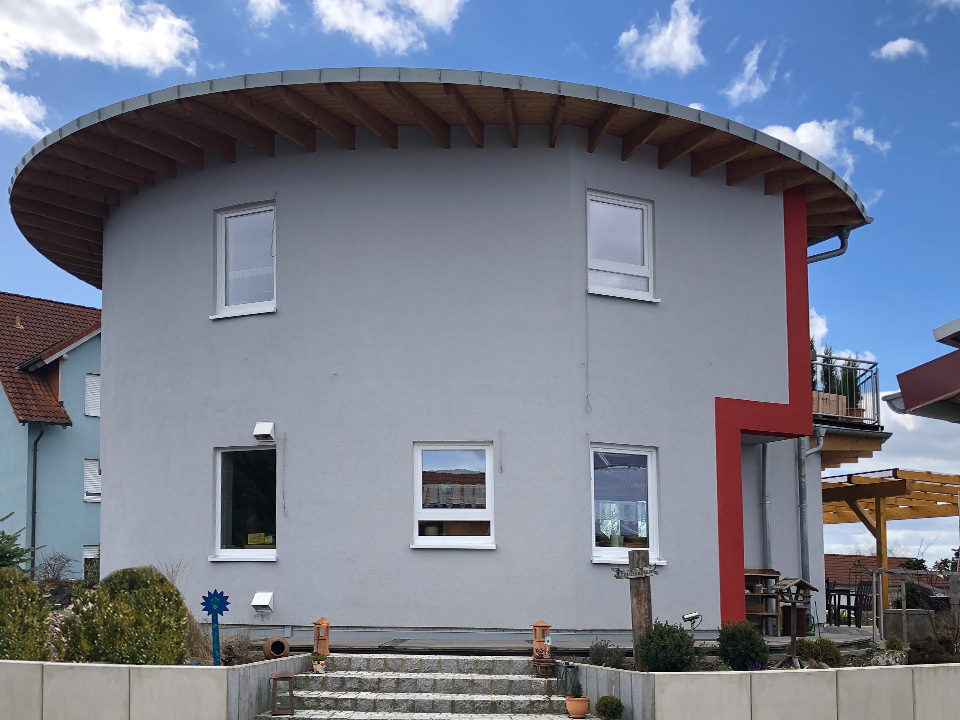 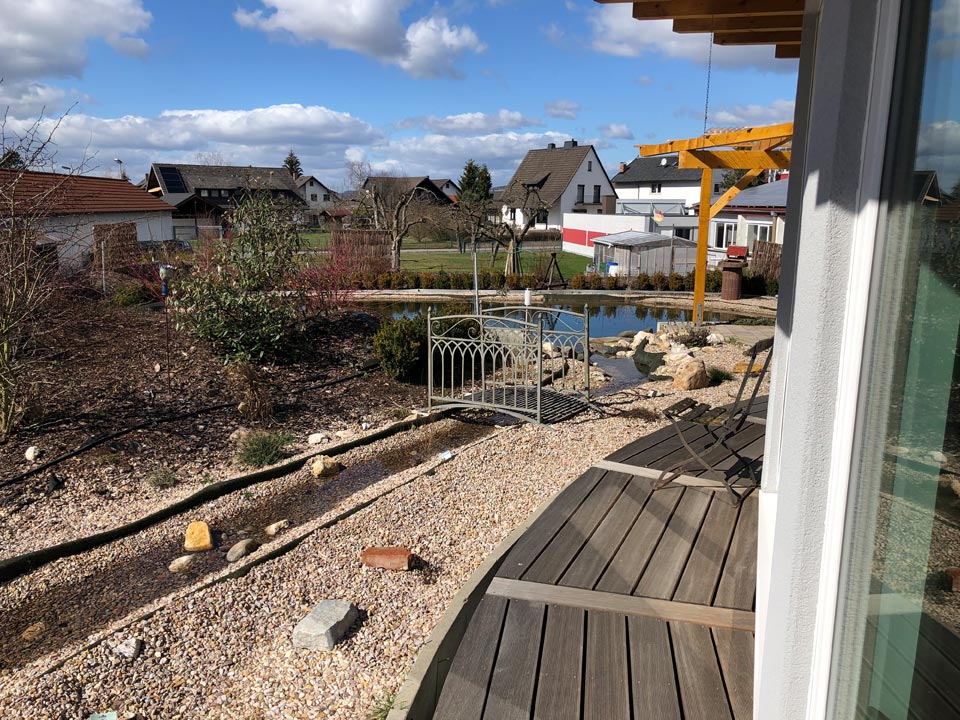 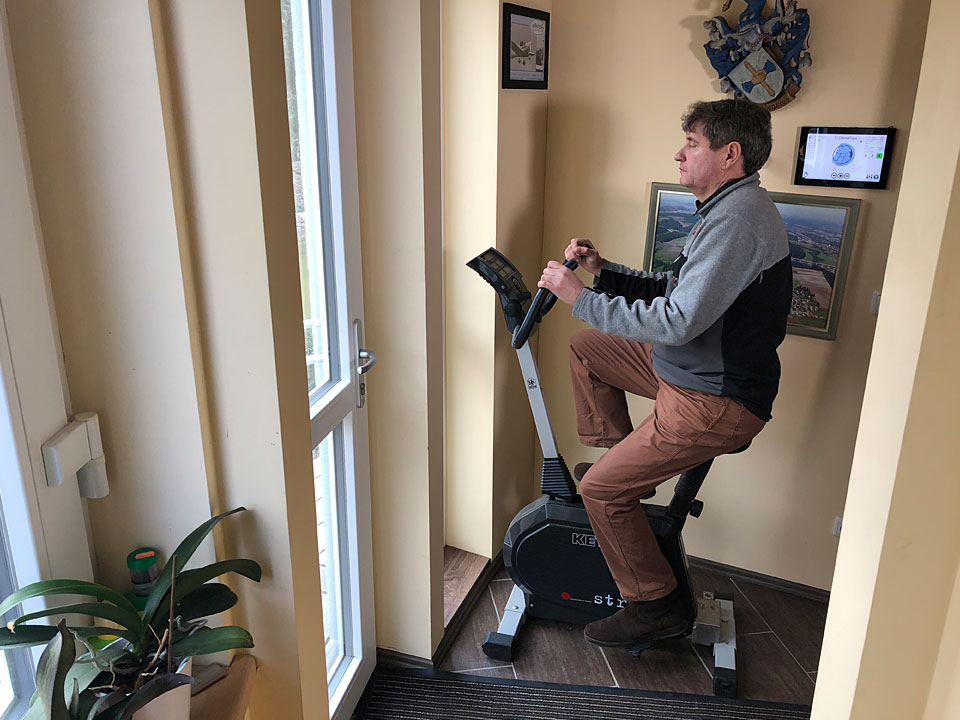 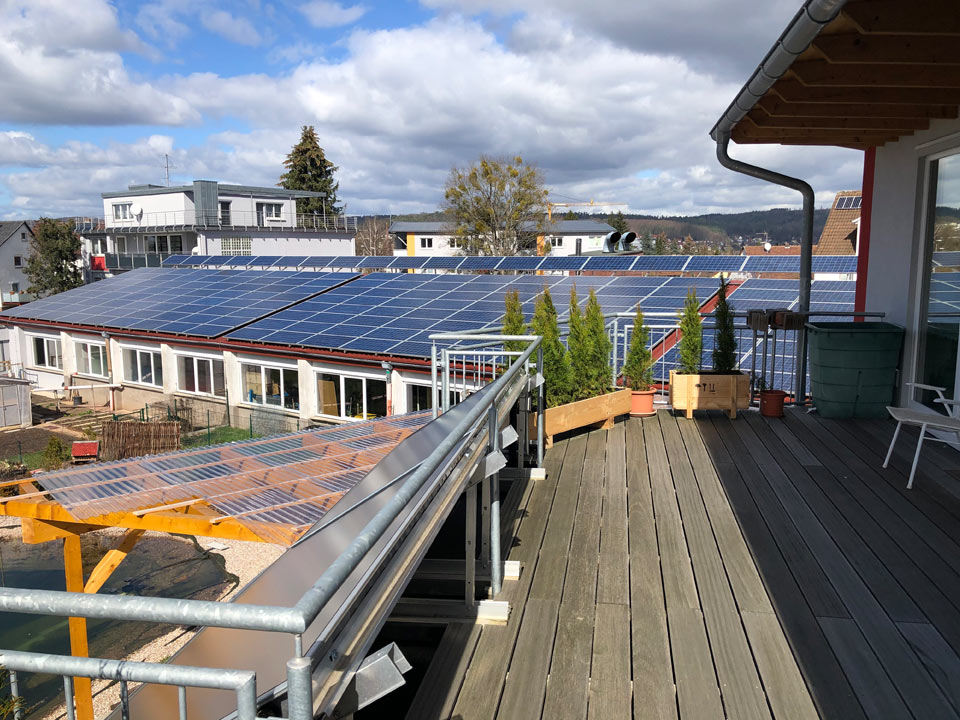 The highlight: From this revolving house type onwards, complete control for the owner via a smartphone will be possible from anywhere in the world. For example, while shopping, you can make sure that the house turns into a certain position so that when you arrive at home, you have the entrance door at the car park. This makes it easier to transport the shopping into the house.